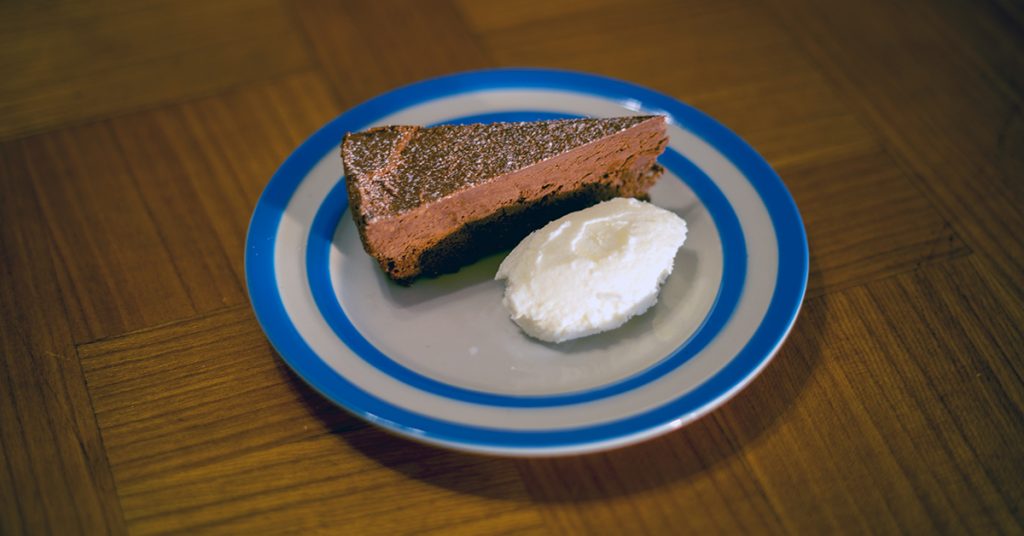 Rowley Leigh’s book, No Place Like Home, was probably the one that started my obsession with food books.

Why? It is written with clarity, the recipes work and there are stories and suggestions throughout that make it far more than a manual for cookery.

Running through its pages are references to other food writers and chefs that started this exploration into food publishing, chefs like Simon Hopkinson, Elizabeth Davies and Patience Grey.

Adding style to the substance

My reprint of No Place Like Home is a small red tome with no pictures. A Long And Messy Business is different.

As the introduction explains, Leigh has embraced colour imagery and fantastic naturally lit shots by photographer Andy Sewell feature throughout the book (as do a few grumbles about the inconvenience of professional food photography).

The recipes are organised by month, offering readers a seasonal reference point, from minimalist vegetable soups in lean Lenten February to bold game dishes using the best of the harvest in Autumn.

As it’s April at the time of writing, I tried making the Chocolate Truffle Cake. It’s described as ”not a complicated recipe, but best not made in a hurry”.

I was slightly rushed on Easter Sunday, the morning I chose to make it, and while the cake came out delicious, the idea of creating a sponge by beating air into a sugar egg mixture was new to me.

I must have folded the chocolate in a bit too aggressively because it didn’t rise a great deal (fancy not rising on Easter Sunday).

Despite that, it was well-received and did indeed yield ten servings over the next few days.

The rest of the book

It’s hard to fit the recipes into a single category, and the same is probably true of Leigh’s cuisine as a whole. There are undoubtedly British dishes, French influences and Italian dishes also frequently feature.

Their simplicity ranges from tips on producing a relatively simple omelette ”fines herbes” to complex dishes like Fish Soup With Rouille, which has an ingredient list that runs the entire length of the page.

There are, however, few ingredients that would be difficult to source and plenty of dishes that you may not have heard of before that look delicious – think Panzanella, Aubergine Imam Bayildi or Pork Chop with Peperonata.

And there are takes on classics like Ragu, Tarte Tatin (an excellent recipe for the Autumn) and minestrone.

This book is a beautiful guide to home cooking, one to take in slowly and contemplate the food you’re producing.

As Leigh says in the blurb on the back cover, “I still prefer to take my time, in order to do it better than I did it last time.”