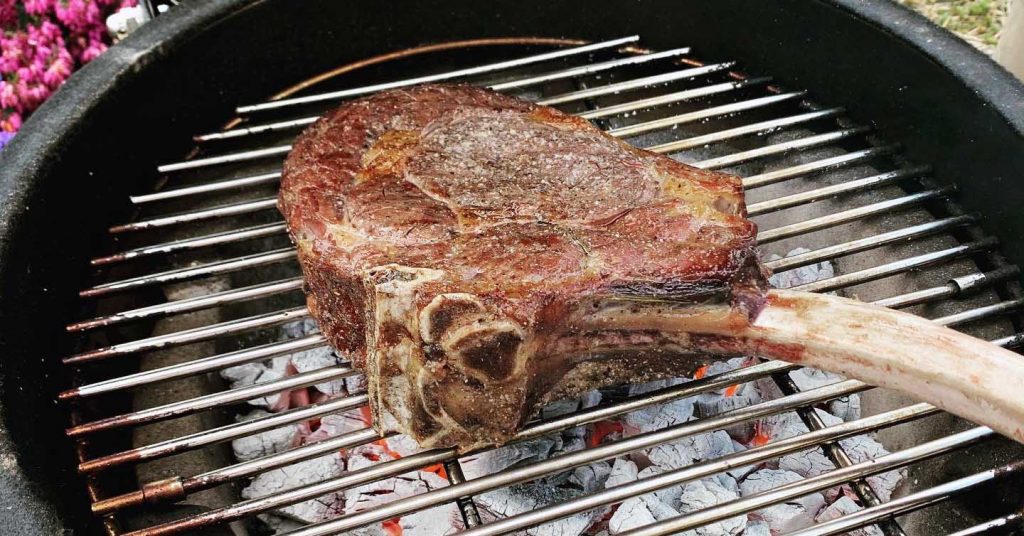 Hawksmoor is a sensational steak restaurant that evolved – quite quickly – from a single site in a former kebab shop to the place you think about when you’re looking for perfectly cooked beef.

More than anything else, this book charts that rise from humble beginnings to a multi-million-pound empire with outlets across London and the rest of the UK.

It may have grown, but, as the book says, the ethos of the founders Will and Huw to produce good food and offer exceptional hospitality remains across the group.

It wasn’t their first restaurant, but as with many such successes, it appears to have been in the right place with the right people interested at the right time to ignite and flare up into more than just a place to eat.

Critics raved about it, and city types piled into it to compete by buying expensive wines and ginormous bits of beef.

Beyond that, though, it has a wide appeal and great reputation, over the 15 years it’s been going, the name Hawksmoor has become synonymous with steak.

In 2017 came the second book, Hawksmoor, Restaurants and Recipes.

It charts the brand’s rise and features many of the dishes that have made Hawksmoor what it is.

The book also features many long-standing team members and memories from the earliest days to more corporate considerations in later years.

A guide to cooking steak is pretty much where the introduction to the restaurant ends, and the food begins. The tomahawk pictured above was produced following their guidance, and very tasty it was too.

Stock is the base for many sauces, so the standard beef stock was the next thing I tried.

I’m afraid to say that, for an unknown reason, it came out as a fairly flavourless jelly.

I most likely did something wrong (something with the pig’s foot I suspect). But that recipe also calls for a considerable amount of meat – shin, oxtail, pigs trotter, and it felt like a shame to be using them just to end up with a jus.

There also appear to be a few minor mistakes ­– the Madeira gravy, for example, ‘makes 1.5 litres’ from 1.25 litres of ingredients. And that’s somehow after reducing it.

And the burger recipe also seems to omit the best cuts of beef to mince together.

It could be that these minor errors have been picked up in later editions of the book than mine.

I’m glad to say I had more successes than failures with recipes.

Chocolate’ tributes’ (to a sweet that does not rhyme with polo) came out very nicely indeed. They are little bites of dark chocolate with a salted caramel filling, and were a delight to eat and didn’t last long.

And a recipe for a chilli-garlic-anchovy dressing drizzled over purple sprouting broccoli was brilliant, served with some lamb leg steaks and baby potatoes.

I did have a stab at the mac cheese, but only had cheddar to hand so need to get to the cheesemongers before the next attempt – Hawksmoor uses four different cheeses to make their version of the dish.

There are plenty of other recipes on my list to try, as well. For a place primarily known for its steak, the fish, veg and puddings are all very tempting.

But I think the next one to try will be the Hawksmoor take on a steak bake – haute cuisine meeting budget bakery is right up my street.

As I write, restaurants for the most part are closed because of covid-19, and books like this serve as a reminder of the buzz and atmosphere of eating out.

And this one in particular champions simple, British food of the highest quality possible.

It’s also worth mentioning that proceeds from the sale go to Action Against Hunger.

Despite a couple of small mistakes, it’s a book that will be on my shelf and frequently thumbed through for some time.

×
We use cookies to ensure that we give you the best experience on our website. If you continue to use this site we will assume that you are happy with it.OkPrivacy policy