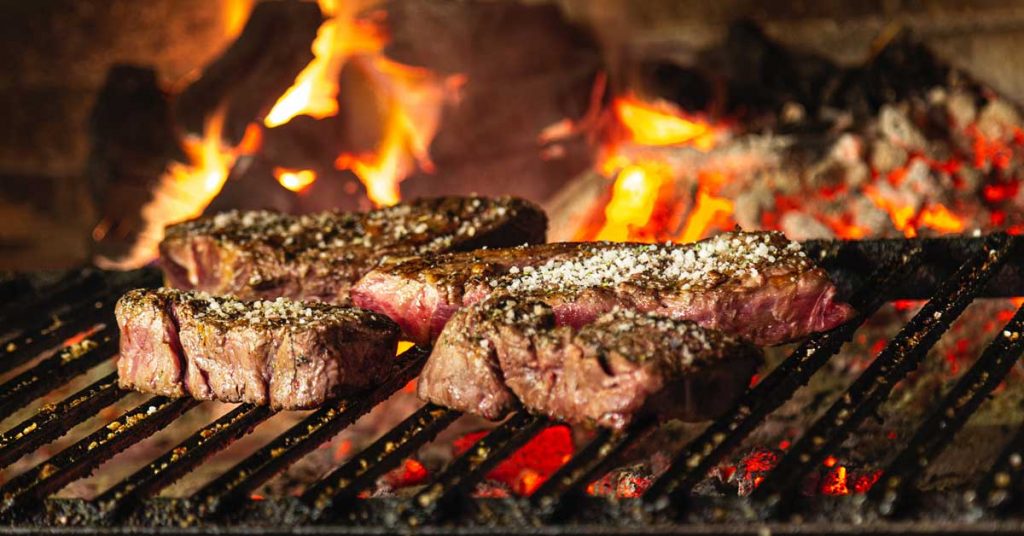 Barbecue is not easy, as anyone who has suffered burnt sausages or even been unlucky enough to catch a bug from improperly cooked food will know.

See also: 4 tips to help you cook the perfect steak

But done right it can imbue foods with beautiful charred flavours that you simply can’t achieve when using an indoor stove.

Here are four books that we have picked out – all published this year – that offer recipes, techniques and ideas for cooking over coals.

Chasing Smoke, Cooking Over Fire Around the Levant

By Sarit Packer and Itamar Srulovich, photography by Patricia Niven

Published by Pavilion Books on 13 May

Sarit and Itamar are behind the London restaurant Honey & Co, and this latest book is their fourth. It is a tour of the Middle East with a focus firmly placed on food cooked over coals.

The preview we have seen suggests recipes that blend the bold flavour of barbequed meat and veg with fresher flavours, such as Tahini BBQ lamb chops with fresh plums and spiced plum sauce.

And like all good food books, between the recipes are the stories. Reports of beautiful food from places like Egypt, Jordan and Greece all feature, evoking dreams of being able to hop on a plane once again and experience a new culture (not to mention better weather).

Food by Fire, Grilling and BBQ from Derek Wolf of Over the Fire Cooking

Published by The Harvard Common Press on 18 May

This book is from YouTuber Derek Wolf and covers recipes and a wealth of methods and materials needed for successful barbequing.

After all, there’s a lot more to cooking over flame than there is to switching the oven on.

The Leaning Salmon Plank With Lemon Dill Sauce dish, for example, requires you to nail a whole side of salmon to a piece of wood.

There’s also a guide to lamb al-asador – where you effectively crucify a whole lamb and slow-cook it over flames.

I’m keen to try this but worry that my neighbours might phone the police at the sight of me cooking a carcass in the back garden.

Anyway, there are more straightforward recipes, and it’s not all meat – there’s a good selection of veg dishes and sides and even some puddings.

Published by Bloomsbury Absolute on 27 May

This third book from celebrity chef Tom Kerridge will undoubtedly sell well. Tom has had huge success with both his pub and publishing.

Regular readers will remember I was impressed with his Hand & Flowers cookbook, which showcase some of the complex dishes that contributed to the pub’s Two Michelin Star status.

While I’ve not seen any press publicity about this book, a quick Google reveals Tom has long had a passion for barbeque.

Last year he fronted a mini-series on cooking outdoors on the Food Network, and he was talking to The Guardian about a passion for BBQ way back in 2017.

Rodney Scott’s World of BBQ: Every Day Is a Good Day: A Cookbook

Those who follow this blog may also have seen the excellent Chef’s Table on Netflix, which showcases some of the best restaurants in the world.

Rodney Scott featuring on this series, then, is high praise indeed. And this book, that was co-authored with Lolis Eric Elie explains his story, as well as offering a wide range of recipes that draw on Scott’s extensive experience in the art of barbecue.